You are here: Home1 / radio 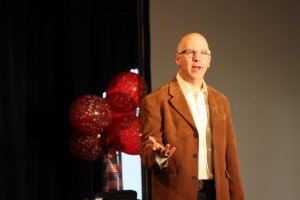 webinar, or radio show, or maybe a podcast, because there’s absolutely no way to see how the audience is receiving your message. I’ve done several webinars and radio shows, and it really throws my rhythm because I don’t have that instantaneous feedback that an audience provides an speaker.

When the audience is “out there” in the info-verse somewhere, it’s impossible to make the connection that every speaker needs to have with his or her audience. With an invisible audience there’s no way to know if you’re going too fast, if they’re smiling or laughing at your jokes, or if they’re just plain confused.

But while working in Kuwait with a few other international motivational speakers (and a few business, I heard a story that blew me away and made me realize I have yet to experience the worst possible audience. One of the other speakers presenting for the Kuwait Petroleum Corp was a executive coach and an “women’s empowerment” specialist.

She had what HAS to be the most difficult audience ever. She told me about a 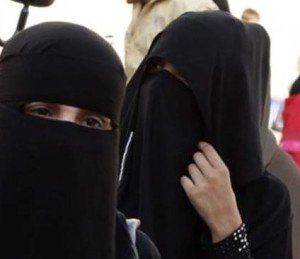 presentation she made to a group of high powered corporate women for an oil company in Abu Dhabi. When she took a look at her audience for the first time, she felt her heart drop. All she saw was a sea of black. The women had come to her presentation in traditional Arab dress: black headscarves, black robes, black veils. Except for a narrow opening for their eyes, every identifiable facial feature was covered: noses, mouths, hair, heads, and she could barely see their eyes. Everyone was uniform, and sat quietly, staring at her, waiting for the presentation to begin.

Can you imagine? She wouldn’t be able to tell these women apart, or get visual cues about whether she was successful in capturing their attention, let alone whether they were even alert or interested. Moreover, in the Arab culture, formality is highly valued. Thus, Arab audiences do not show any strong reactions, no matter how interesting or informative a speaker may be. So for Mary, this was a nightmare: everyone dressed the same, no visual cues, no positive body language, added to a cultural divide of formality and lack of response. Everything she said was met with silence no matter how alarming, funny or interesting. She felt like she was speaking to an empty room.

It wasn’t anybody’s fault; it was just a fact. My fellow business speaker as not going to get any visual or audio feedback.

I’ve had some amazingly poor audiences: Like the drunk college kids in Colorado, where pizzas were ordered and delivered to someone in the audience. In Las Vegas I worked for arrogant, pompous sales people at a required sales conference. They were unhappy, hungover, and in sunglasses so they could sleep. During my talk, they covered their faces with their USA Todays and snored. At yet another fun-filled event, the company CEO was annoyed that I’d even been hired (I had been booked by a meeting planner, and the CEO was unaware I was coming), so he did his utmost to sabotage my performance, before, during and after, making nasty comments about what I’d had to say.

But now after talking with my new friend about audiences in the Middle East, I realize that

But getting nothing but silence, without even the benefit of body language or facial expression, well, that sounds terrifying and humbling. As bad as some of my experiences have been, my new friend won the prize.

I was recently the guest of the Small Business Advisory radio network:  SBA Radio.  Very cool.  They wanted to learn about my Laugh-O-Nomics theory and how I — as a motivational speaker — connect humor, levity and lightheartedness to bottom line results.

I love being on the radio… it’s harder than it looks.  But it went well and I had a blast.  If you’re interested, you can hear what I did here.

PS. In something totally unrelated, I updated my main page about my magician & comedian offerings. Check it!  Or, interested in my corporate game show?  Got it updated too!

I’m a magician and proud of it. But…. 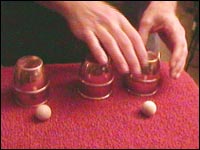 There was recently a great National Public Radio radio show about magic that I loved. Link.

In this very cool call-in show, one of the many topics they cover is whether or not magicians are artists.

I’m not sure… in many ways I think that comedy and humor is more of an art than magic. The problem with magic is that it can be a bit like “paint by numbers.” Sure, there is some skill and stick-to-it-ness that is required to finish a complicated paint-by-numbers painting. But is it really “art” to paint in the the right colors?

Don’t get me wrong… I love magic. I love magicians. And, as I pointed out, I AM a magician. (Or at least a magician speaker — I use magic tricks to in my keynote speeches all the time.)
But is it really an art?

I suggest that the “art” is in the presentation. Any smart 13 year old kid, if he or she practiced enough — and had the right props — could do the same tricks as David Copperfield. But they will never be as good as Copperfield. Why not? Because they are not artists. They are just magicians. Copperfield is an artist for his performance skills…. but not because he can do kick-butt magic tricks.

Proof? I’ve seen a dozen or so movies where actors play the part of a magician, and more often than not these actors create way more of a presentation than most magicians I’ve seen. These actor-magicians are awesome. Not because they are magicians, but because they are not magicians. They are artists. They don’t give a darn about the tricks…they care only for the art.

What do you think? Art or Paint-By-Numbers?