A quick FBI Story? When I worked for the FBI NIC in West VIrginia recently something funny happened. (Ok, a lot of funny things happened…but here is one.)

Because I was scheduled to do my speech inside the FBI office building, I had to get FBI clearance; they had to do a background check on me.

(That fact alone was enough to make my nine-year-old think I was cool.) 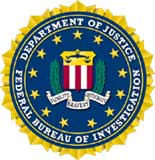 When I was filling out the paperwork, I goofed around a tiny bit, and then totally forgot about it: One question asked for “Aliases.” So I wrote in “Studmuffin. But only my wife calls me that.”

A very serious woman apparently went over my form, saw that I had an alias, and immediately called my contact. “He has an alias!”

In the end, I was eventually cleared, although not without a hissy fit. And it made for a great story when I told it from the stage.

Yes… I know their job is serious… especially in this time of war. And I guess I shouldn’t have joked. But, like she said, it’s my job. Even when I’m speaking for the government.

Thanks FBI. I had a blast.