You are here: Home1 / added value

Ignore These Mistakes At Your Peril 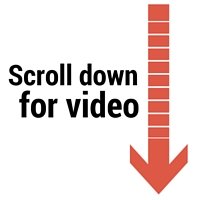 Brad Montgomery has attended thousands of meetings and conventions as part of his job as a motivational speaker. Â Some of these meetings/conventions were epic. Â Many of them fell short. Â Some of them fell WAY short. Â Curious about what one of the top motivational speaker sees as top mistakes that meeting planners make when planning a conference or convention? Â Sure you are. Â Here we go:

Hear Brad explain in this video.

[/vc_column_text][vc_video link=”https://youtu.be/fRYZuuW2DEI”][/vc_column][/vc_row][vc_row][vc_column][vc_column_text]Brad Montgomery is a business speaker who speaks on the People Side of Business. Â Eager to get more out of yourself and those people around you, then Brad is your guy. Â He presents keynotes, break-outs, and concurrent session for meetings and conventions across the country and around the world. Â Oh..Â And he’s funny. Â REALLY funny. Â (If you’re people aren’t engaged they aren’t learning. Â  Call today and let’s plan out how to maximize your event. Â 303.691.0726

That’s just it. You don’t have to; you can have both. 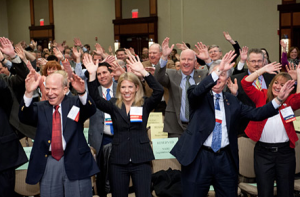 I’ve been a funny motivational speaker for 25 years and I’ve done a bunch of crazy stuff to get my audiences engaged, energized and ready to learn.

But lately I’ve been playing with Flash Mobs… “Instantly” turning the audience into a choreographed, awesome dance mob that surprises a tiny percentage of the audience.

In this case, we took some of the top sales people from this organization and punked them. The audience was buzzing with excitement as they quickly learned the dance. And they were psyched up for the anticipation of fooling and absolutely surprising their sales guys.

Who needs to hire a flash mob company? Just call our office and let us walk you through the process of arranging a flash mob for your organization.

Most clients who hire me to be a motivational speaker are eager to hear about this added-value service. It’s a no brainer (which I think might be a fancy speaker term, but I’m not sure.) What I do know is that if you’re ready to take your meeting or convention to the next level; if you’re ready to make your group WANT to learn; if you want your people sending video and text home (and to their offices) bragging about how much fun they are having at your meeting; if you want to create an environment where people are creative, innovative and ready for change….then you need a Flash Mob with Brad-iTude! 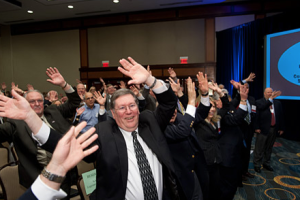