I almost ruined my family vacation;  but it ended up being one of the best experiences we’ve had as a family. And I think I know why.

Let’s start at the beginning: I suck at advance planning. Ok, maybe I don’t suck at planning.  I suck at putting time aside to plan for vacations.

Leading up to summer vacation things had been hectic and chaotic … even the day before the vacation we had no idea what we were going to do.  No tickets.  No plans.  No nothing.  The day before we were to leave we were clueless.

Let me be clear:  At about 11 PM the night before we were to leave — theoretically —  we had exactly zero concrete plans for our vacation.  What we did have is a couple of stressed out parents.  “I’ve ruined the vacation before it started,” I thought.

My wife was hacked off at me, as she’d been trying to pin me down on vacation plans for several months.  But I was really busy with work, and on the road, and kept putting her off.  I’m sure I had a couple of dozen excuses, though they escape me just now.  ”I’m an idiot” I thought. 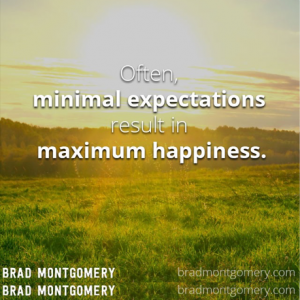 To my credit, I didn’t start planning at 11…don’t be silly.  I started in earnest about 5pm.

Ok, let’s think this out.  Clearly, without airline tickets it was going to be a driving vacation.  But where? Yellowstone is cool — let’s go there!

After just a dozen calls and a few web searches, it was becoming clear that we were never going to find a hotel anywhere near Yellowstone — or any other popular destination — because we were so late in planning.  Everything was booked.  It’s summer vacation.  Normal people plan ahead.   Check that:  everybody plans ahead.  Except for me.

To make things worse, this was the week before July 4th… Vacation spots were booked up months ago.  On the bright side, only a couple of hotel people I talked to that evening laughed at me.  Only one of them was downright mean.

Oh!  I have an idea!  Around midnight, I decided to check out renting a motorhome:  if we’re gonna drive, let’s make it fun!  If we are driving a hotel, we don’t need to book one.  Right?

At about 2am, unbelievably, I was able to reserve our very own motorhome for the next morning. (I didn’t learn until the next day just how lucky we were. Apparently getting a motor home literally last minute for the week before July 4 is a little bit like winning the lottery, except that it requires a large down payment and a valid drivers license.  I was told the next day by the rental agent that many of the other customers had booked their motor homes over 1 year in advance. I got ours about 7 hours in advance.)

Sometime after securing the motor home rental, I started looking into where to drive it. Again, the really cool spots like Yellowstone were clearly going to be an issue. Camping spaces and camping areas in the popular places like National Parks were totally gone. Apparently the camping people are as organized as that hotel people.

So yet again, we had no plans for the vacation that we had already begun.  Yeah, we had a motor home.  But unless we were willing to park it in WalMart parking lots around the nation, I still had a pretty huge problem.

Ok, we can’t go where everybody else wants to go.  Where are people NOT going?  So instead of looking west (Rocky Mountains, National Parks, Yellowstone), we looked east.  And almost directly east was a giant state we knew little about.  So we decided to drive to Nebraska. Yeah, Nebraska. (I’m not knocking any of you who live in Nebraska but come on! Even Nebraskans don’t vacation in Nebraska.) 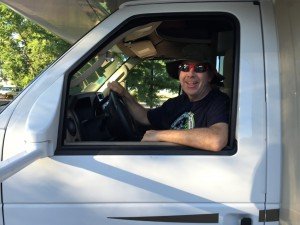 But here’s were things started to get good. Knowing little-to-nothing about Nebraska made it easy to have zero expectations for the trip. What is there to see or do in Nebraska?  Are there awesome state parks or camp sites or….what is in Nebraska anyway besides corn and cows?

We didn’t realize it at the time, but having no idea about where we were headed, what it would be like, what we would do, and even why we were going to Nebraska, was either a disaster waiting to happen, or was a darn good recipe for a great vacation.

By noon the next day, we had packed our clothes into the motorhome, we were headed east towards Nebraska … we still had no plans:

You may be surprised to find out that we had an incredible family vacation after all:

I think the reason our trip to Nebraska was such a good experience was because we were able to be in the now, because we had no expectations. We had nothing riding on the vacation; we had no hopes or anxieties, no fears, and no anticipations. And to be honest, we were at least a teensy bit grateful that we were able to get out of town at all.

Unlike the The Holidays, which are filled with expectations and hopes, memories from the past, and an unending stream of images in popular culture of how it’s supposed to be, we knew absolutely nothing about Nebraska.  Knowing nothing helped us really focus on just experiencing what was happening.

We were ready for a good time, so we found one!

One of the most overused clichés we hear all the time is “Live in the present.”   Yeah, it sounds nice. 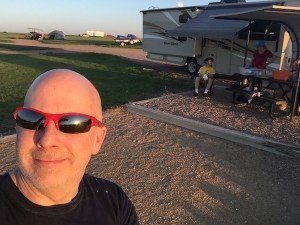 But what does it really mean and how do you do it?   Here’s my take:  living in the past is distracting and unhelpful.  It’s filled with regrets and remorse, and it sometimes sets unreasonable expectations. Living in the future is also a recipe for failure, and tends to fill us with anxiety and sometimes fear. The only reasonable answer is living in the current moment..   And what our trip to Nebraska taught me was that living in the moment is easier when you have as few expectations as possible.

What does this mean for you?   All of us want to be happier. We want to be more satisfied and content. One way to do this is just to try to open ourselves up for whatever happens.  If we can just allow ourselves to go with it and abandon any expectations – good or bad – our chances of successfully enjoying ourselves go up exponentially.  So let it go.

How is this day gonna go?   That meeting you are geared up for?  The interaction you are a little nervous about?   Who knows?  Let it go…. Enjoy the fact that you don’t know;  it makes you better.

Putting pennies on the train tracks in Nebraska.

Is Gratitude a Technique? (Or Too Fluffy Like Unicorns and Sunshine?)

Don’t Make This Mistake When Hiring a Motivational Speaker

Uncle Sam Needs A Laugh Too!

Flash Mob for Hire! (Comes with a Motivational Speaker?)
5 replies