Most Expensive Keynote Speech Ever

Blog - Latest News
You are here: Home1 / Most Expensive Keynote Speech Ever

I’m part of the National Speakers Association, and some of the Certified Speaking Professionals recently had a e-conversation that started with this great question:

Who do you THINK (you do not have to be right!) is the most expensive keynoter on the market today?
Here are some of the best responses:

But my favorite answer came from keynote speaker Jeffrey Hansler

So what do YOU think? What is the most expensive keynote speaker?

If you want a keynote speaker who can make a difference for your organization and don’t have the $1 million for Paris Hilton, perhaps you’ll consider me? Contact me directly here.

Hire a Motivational Speaker with Experience 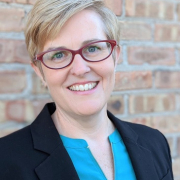 USDA in South Dakota? You Bet!

Reading and Motivation: A Perfect Combination

Motivational Speakers’ Fees are Cheaper than the Coffee.