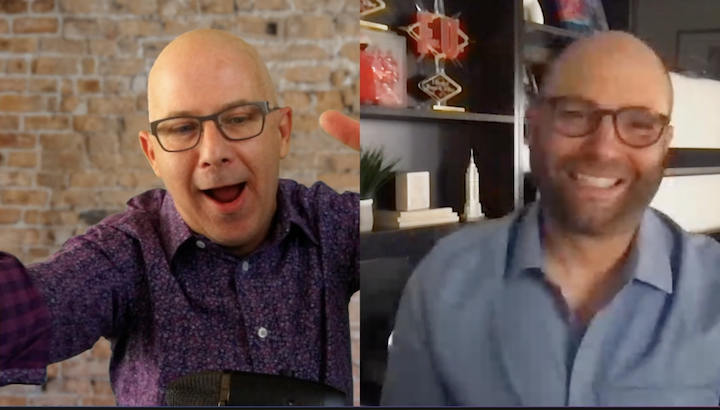 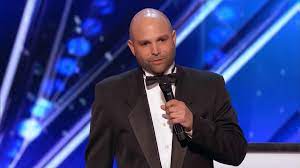 What's It like to have a magic show IN LAS VEGAS?

Vinny Grosso is such a fun amazing human!

Las Vegas in June.  Last summer when we thought COVID was over (remember that 2 weeks? Ah…good memories!) I had the good fortune of attending a magic show in Las Vegas by Vinny Grosso. And because I’m very lucky, we got to hang out and share a meal. What did I learn? I learned that Vinny is a very cool, very kind, very talented and very interesting guy. I asked him to come onto my podcast, and because he’s also a very generous person, he accepted.

Vinny’s got some pretty amazing performance credentials. He’s fooled Penn and Teller on their television show, works cruise ships and corporate events, and currently has a show in Las Vegas.

I think you’ll love the interview so I encourage you to listen to it all. But in no particular order, here are a few of my favorite parts.

All Magicians Are Magicians.  What?

People tend to think that magicians are magicians. But the truth is that there are many different ways to make a living out of magic. I told Vinny that I was jealous of him because when I go to my typical corporate events as a motivational speaker, I’m setting up my production on a stage that’s been created just for that event and my keynote. That means I really have to be careful not to over produce or introduce too much technology. I have to be flexible and work with what’s already there. By contrast, Vinny, in his Las Vegas show, has total control over what he wants to do, what the production will look like, and the complexity of the technology he might choose to employ. Once he gets it set up it’s just there. He can come back for the next performance, put on his suit and more or less be ready. To me that sounds like catnip. Awesome.

By contrast, one of the most important things I do when I get on site at a meeting or convention as a keynote speaker is to work with the A/V crew. (Sometimes I am my own AV crew!) I’d like to bring as much “production” as possible to my live keynotes. But I have to balance using tech to enhance the keynote with the real world limitations of working in hotel/convention center ball rooms. Trust me… This is a more difficult balance than you might think.

But doing a show in a real theater repeatedly changes what is possible. When I saw Vinny in Vegas, I was impressed by the clever way he employs technology in his show. Because of advances in video projection, microphones, and live cameras, we as performers have more choices than ever. He’s done a very excellent job of creatively enhancing his old school magic show with some very new school tech.

Magic Tricks Made for a Camera

Another highlight for me during our conversation was talking about magic that was invented for the camera. Before Covid many magicians who focus on live audiences (in other words, most magicians) looked down upon or even mocked magicians who invented tricks that work ONLY for a camera. For example the trick that might look super cool on Instagram would be impossible to perform in any live setting.

But thanks to Covid the magic world has learned the value of magic that is not only camera friendly, but even magic that requires a camera (and not a live audience.). After all when we are doing so many presentations on virtual platforms (can anybody say Zoom?) it would be crazy NOT to look into material that is made for cameras. Right?

But Vinny had a good point. I said some of that Instagram style magic must be good because it has literally millions of views. He countered by saying a video of a train wreck might have millions of views but that doesn’t mean it was a good video. Does a magic trick that goes viral prove that it’s a good magic trick? Vinny wasn’t so sure. I don’t have the answer to this question but dang it, I think it’s such an interesting question. Does a motivational speaker, or a magician, or a comedian, who has a video with millions of hits also have proof that the material is good? Leave a comment and let me know your thoughts.

Vinny Grosso is a very interesting, successful and awesome guy. And he’s really done amazing things as a magician. And lucky me, I got to spend this time with him.

I really enjoyed the interview. Thanks Vinny!

Let’s Talk about How Being Broke Can Make You Strong with Cosmo Solan...
Scroll to top Scroll to top