â€‹Humor and Funerals? What's that got to do with you? - Official Site: Funny Motivational Keynote Speaker Brad Montgomery

Humor and Funerals? What’s that got to do with you?

Blog - Latest News
You are here: Home1 / Humor and Funerals? What’s that got to do with you?

I’ve been interested in humor and it’s relation to grief and difficult times for a while now.

I recently saw something on public television that just blew me away. It was a documentary on military funerals, and some of the people who help facilitate those ceremonies. (Planners, military guys who do all the fancy 21-gun salutes, grounds keepers, grief councelors, etc.) And lately, because of the war in Iraq, these good folks have been getting more work than they’d like. 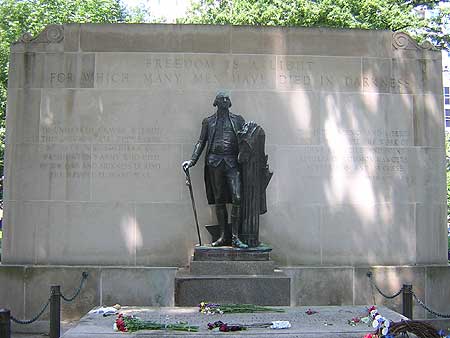 What really struck me hardest was an interview with one of the top guys who trains the Guard for the Tomb of the Unknown Soldier in Washington, DC. As you probably remember, those guys march in a very prescribed fashion. Everything is exact, including their faces which do NOT flinch. They do not show any emotion. Period.

This guy they interviewed found that being serious seemed habit forming, and that his serious looking face which his friends say make him look mean was just part of him now. And that in order to be more playful (at to appear less serious and mean) he had to make a concious decicion to laugh more, and smile more. In other words, because of his training at work his home attitude required work.
That’s mind blowing. This guy said that acting serious on the outside made him serious on the inside. And for him, the only way to lighten up on the inside was to make sure he was light (smiling, laughing, etc.) on the outside.

What about you? Think you act too serious at work? Are you like this very self-aware soldier and make a careful effort to lighten up more?

If a serious, all-business demeaner is habit forming, do you think the same might be said for a light, playful and carefree attitude? You Betcha.

Need a motivational humorist speaker to visit your company or association? Visit my Official Website here.