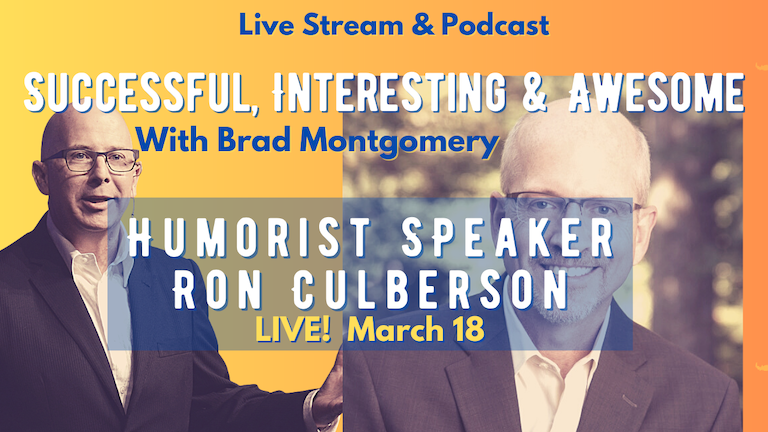 I really enjoyed speaking with Ron Culberson on my latest podcast.  Ron is a peer of mine from NSA; we were both inducted into the Speaker Hall of Fame in the same year; we both became involved in motivational speaking at about the same time.  And we are part of a cohort of speakers who are funny, humorous, even comedic.  Ron identifies as a motivational humorist, which means he’s delivering a message using humor as a hook.

I could listen to Ron speak all day long.  He has this wonderful Virginia accent and calls the Blue Ridge Mountains home.  He says in a lot of ways he has “enjoyed” the Covid lockdown in his beautiful rural, mountainous home because of the peace and quiet there.  It was his “Covid blessing.”  And that is the essence of Ron’s wisdom:  his ability to find the good that has come out of this challenging year and focus on that.  We all are responding the best we can.

With the lockdown, Ron found that 1/3 of his speaker bookings for 2020 canceled outright; 1/3 postponed until later; and 1/3 went virtual.  Going to a virtual format has been complicated for a lot of speakers, but like Ron himself, he has kept it low key.  He has no fancy setup.  He speaks from his home office.  Instead of rushing out to Best Buy to get the latest technology, he’s simply added a few things and then went with it.  And it’s worked out for him.  Currently he’s developed a video workshop series based off his book, “Do it Well; Make it Fun,” which incorporates his life philosophy with a workbook and tailored learning sessions.

As far as how the pandemic has affected him personally, Ron found a way to incorporate service into his response—again which is typical of how he lives life.  Having previously been a volunteer ambulance driver, when he found time on his hands it became the perfect opportunity for him to get his EMT certification. He really immersed himself in the opportunity and it’s been a great experience.  If speaking doesn’t come back, he has a fallback now, an alternative means of income, which helps to keep him out of a complete panic mode.  He settled in, stayed at home, and took it as it came.

To Ron’s way of thinking, it is all about mindfulness.  He realizes this is a catchphrase right now, but it’s something that he believes strongly in.  It’s all about living where you are, accepting reality, and finding the gifts of the moment.  The pandemic has tested that response, but it has helped him to stay grounded and reduce anxiety over what may come next.  Concentrating on right now eliminates panicking over what may happen next.

Ron has always been about connecting with others on a deep level.    He began his career as a hospice social worker—he sat with people at the end of their lives.  This has made him exceptionally aware that everyone is doing the best they can.  For him it’s not about leaving a legacy of fame and fortune.  His goal in life is to use his time to be the best he can be, to serve his neighbors, serve his family.

Ron agrees with me that being on the motivational speaking platform in front of an audience is like catnip—he loves it, it gives him such a burst of energy.  He really enjoys the interaction and response with the audience.  And of course that is why continuing in the speaking profession is a given. Ron got into the motivational speaking business because he found that hospice services would pay for conferences if he spoke at them.  From there it was a natural step to become a professional speaker full time.  He was able to take advantage of the National Speakers Association (NSA) to  learn the business side of things, and to develop lifetime friendships (like ours!).  One thing that is unique about NSA is its generous outlook.  Its philosophy is to share with other speaking professionals, both longtime speakers and newbies, the tricks of the trade.  In that vein, he often takes time to talk with new speakers to help them with their skills.

Ron says to people : I don’t have a real job: I’m a funny motivational speaker.  And he’s one of the best.  He says, I speak for a living, that’s what I do.  Nothing more, nothing less.  He finds meaning in trying to help people leave their stress for an hour, maybe get a few laughs and put down their cares and worries for a time.

I always ask my guests what gives them hope.  Ron had an interesting perspective.  For him, thinking about hope means taking yourself out of the present moment, which is something he is trying not to do.  Hope means you’re looking for something else instead of staying in the present.  He loves the idea of being content wherever he is at any moment in his life.  I wish it was that easy for me.  Thanks Ron for sharing your philosophy and your time with me! 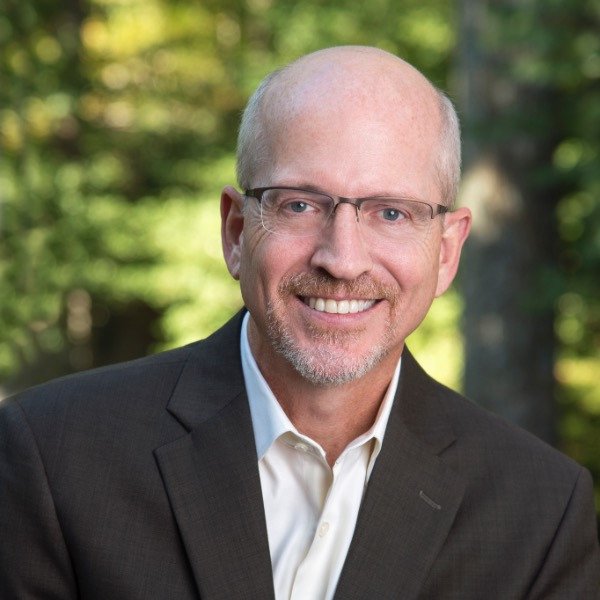 Brad Montgomery has been speaking to business, health care, association, Real Estate / Realtor, Sales, Leadership — and way more than we can name here — audiences for years.  He’s good at it.

He got his start as a comedy magician, but since those days he tells (slightly) fewer jokes, and focuses on Soft Skills for Business Growth.

Looking for somebody to help your meeting or convention rock this year?  Doing it online or virtual?  Or with a live audience in person?  We’ve got your back.  Give us a call.

A White Guy & A Black Woman Talk Race | A very frank conversation with...
Scroll to top Scroll to top