Blog - Latest News
You are here: Home1 / How Can You Energize Your Meeting?

I love my job as a motivational speaker, and I love all of my clients. But I have to confess that some clients are more fun than others. Such was the case when I was a speaker in Texas for a very dynamic and forward-thinking company who was holding their annual meeting.

The CEO asked me to make sure that my presentation was not only motivating, but high-energy, and had experiences incorporated into the program. It had to be more than just a talking head; it had to be fun, involved, and an experience from which they would learn.

So I decided to create a flash mob by them and for them. We took a few of their top salespeople out of their room and tricked them; the details aren’t important but the bottom line is that they had no idea why they were leaving the room.

When they returned and came to the stage with me, the audience made up of their peers erupted into a flash mob! It was extremely cool. The surprise on these top sales people’s faces was echoed by the excitement and joy from their peers while they delivered this surprise dance. 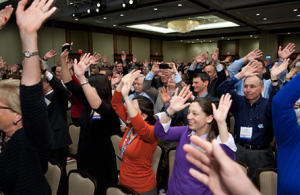 themselves are surprised. They cannot believe that they are actually doing this crazy flash mob, and they can’t believe that they are fooling some of their peers. And that joy translates into energy, fun, and… A powerful learning point about the power of levity, lightheartedness, humor, and fun in the workplace.

Why do you need to hire a flash mob from a flash mob company? Call us and we’ll talk you through how it works, how we can incorporate a flash mob at your meeting or convention, and how we can take your group from a low energy group of workers to a high energy team of top performers! 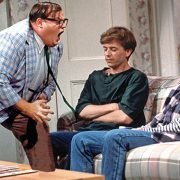 Is “Change Management” a Bunch of CR%P?

Funny to You Doesn’t Mean Funny to Us

Is a Funny Business (or Motivational) Speaker A Bad Idea?

I Killed A Military Audience

Crack-Up Your Waitress! Laughter in Restaurants!