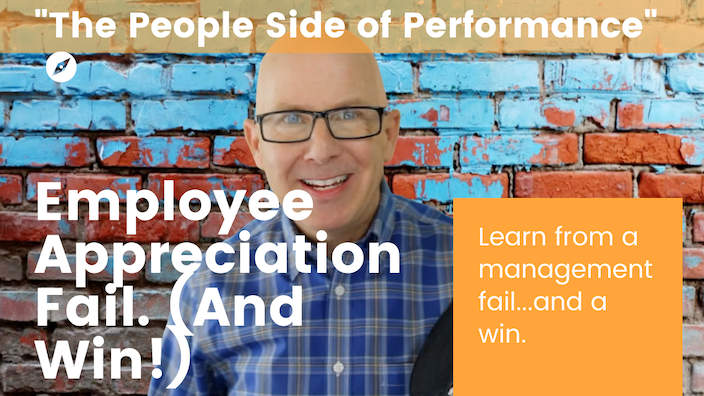 Let’s Talk Employee Appreciation! This Story will Floor You.

A Motivational Speaker with Two Stories of Employee Appreciation 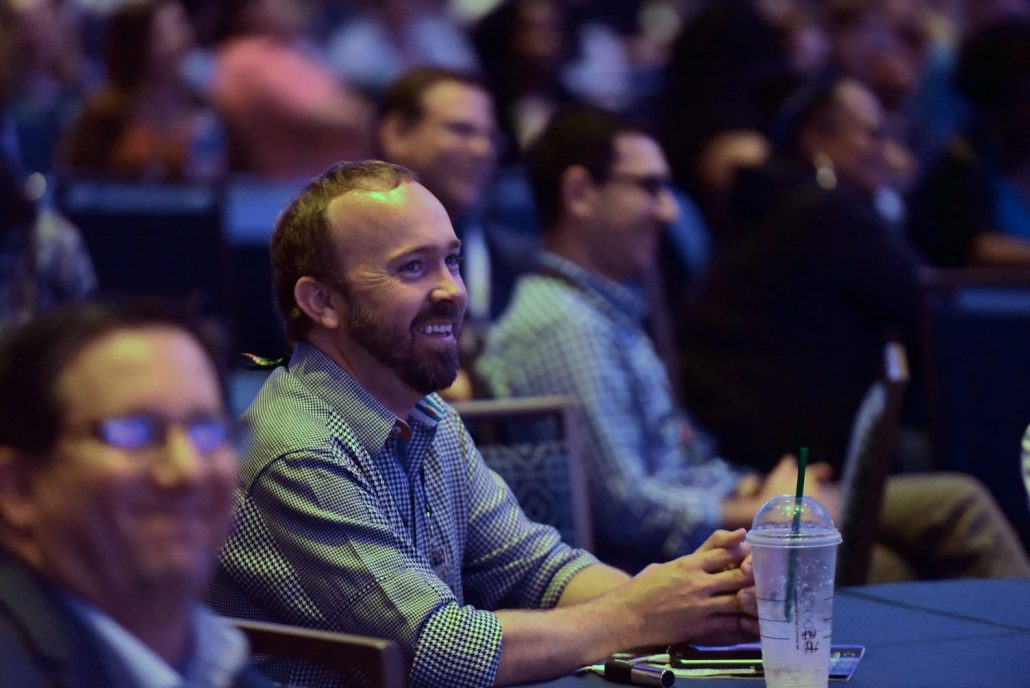 I recently heard two stories from worker bees who were talking to me about their jobs and about how their managers appreciate them.  Pretty wildly different stories, with wildly different results.  One was an expensive gesture, one was not.  You will learn something from these stories.  And it might not be what you think!

The first one was from a young woman who is in an entry level position at a big company and recently started there, maybe has worked there about 2 or 3 months.  The setup at her job is what I would call “cubicle land” and very spread out due to Covid protocols; she spends a fair amount of time working from home.  She has a direct supervisor, whom she really likes, and then another supervisor over him, whom she has only met a couple of times, who is maybe in his 60s.  So, one day, the senior supervisor walks by her cubicle, glances in at her, then double-takes and comes back to her office.  He has a stack of envelopes in his hand and starts thumbing through them.  “Employee Appreciation Day,” he says, scanning the envelopes.  He finally finds the one with her name, hands it to her, and says, “Thanks,” and then takes off down the hallway.  The young woman didn’t realize it was Employee Appreciation Day, didn’t know that was a thing because she was a brand new hire at her first ever “real” job out of college.  She opens the envelope and finds a card and a hundred dollar bill.  Nice, she thinks.  Good timing on getting hired right before Employee Appreciate Day.

I asked her how that made her feel, if it made her appreciate her company more, if she felt more valued by the company or feels more loyal to it.  She shrugged and said, “Well the hundred bucks was nice.”  In other words, not much of a reaction, really.  Probably not how the manager expected her to react.

The second story is about my daughter.  She is an entry level barista at Starbucks.  She recently had her first employee review by her manager, who is also a man, and also quite a few years older than her.  It wasn’t Employee Appreciation Day, just time for her first review since her hire.  She was a little nervous, but the manager, Jason, was super nice to her, told her how happy he was that she was working on his team, told her what a great job she was doing, and listed out several qualities that he felt were her strong suits, like dependability, friendliness, hard working.  And that could have been the end of it.  But Jason went on.

He started asking her questions:  How are you doing at work?  How do you like your crew?  What’s your favorite part of the job?  What are your plans regarding Starbucks?  How can we keep you happy so you’ll want to keep working here?  I know you’ll be heading off to college in a few months, so how can I help you with that transition?  Do you think you’ll want a Starbucks job in your college town and maybe I can help with that.

My daughter was pretty blown away.  She was in a good mood for days.

So, two stories, two outcomes.  The first young woman was surprised to get the hundred bucks and was of course happy about that, but that was about it.  Her distant supervisor (no pun intended) missed some really low-hanging fruit by failing to hang out for a minute with her to find out more about her, make her feel like a valued member of the team, to ask her more about herself.  He could have asked some questions about how best to be a mentor or a support to her as a manager in order to further welcome her into the fold of the company.  Instead he just handed her an envelope, said thanks, and that was that.  It was kind of like a job to him.  Hand these envelopes out as fast as you can and move on to more important work.

The Starbucks manager knew what he was doing.  He gave Paige (my daughter) some serious attention, some serious professional consideration and made her feel like an important part of his team.  He made her feel like her answers to his questions were important and would be taken seriously.  He took her seriously and pumped up her confidence by making her feel like she matters.  That, my friends, is what is known as big-time Emotional and Social Support.

Emotional and Social Support has been studied by some big time universities too, like Harvard.  In fact, the Harvard Business Review (maybe a link?) said that Social support is the key to every single business and educational outcome.  Not a part of, not one of, but is the key to every business and educational outcome.  Think about that.  If you want good outcomes in your job, your project, your work-product, your business, or even your family, if you do nothing else, make sure your social and emotional support towards your people is dialed up to 11.

This is not surprising to me.  People really value feeling like part of the team, feeling like they contribute and are important; they wonder if they belong, if they’re good enough and if their work product is good enough.  They wonder if anyone is listening to them, and they definitely wonder if anybody cares.  People are social creatures.  If they don’t get the emotional and social support they need, they will go somewhere else to get it.  And you really don’t want them leaving your business and going elsewhere because you never bothered to say “nice job” and sit down with them to talk about it.  Talk to your employees, co-workers, trainees and team; be kind to them and let them know you care.  It’s a simple matter, really.  Your job is to give the people you work with respect, not just hundred dollar bills.

The first boss paid out hundreds of dollars that Employee Appreciation Day but really didn’t get much bang for his buck with a generic card and a generic payout.  The second boss spent nothing except for his time and his attention to an employee pretty far down on the food chain, but I know that he’s earned her loyalty, commitment and respect.  And he didn’t spend a dime.

If you’re not a manager, this advice still works.  You can give emotional and social support to your peers and even to your managers.  Everybody, no matter where they are on the organizational chart, craves recognition, attention and positive feedback.  Try it out on your boss.  I guarantee that once she gets over her shock that you actually gave her a compliment on her management style, she will brighten up and turn some of that positive attention your direction.

And that’s what’s so great about this kind of support.  Not only do the ones on the receiving end of the positive comments, attention and support get benefits, but the giver of that support also receives a benefit.   So it’s a 360 degree win in 3-D, full color, five senses worth of awesomeness.  The organization benefits, the managers and supervisors benefit, the employee benefits, the world benefits.  And I’m not being too facetious when I say the world benefits, because everybody knows that if it’s anything our world today could use more of, it’s kindness and compassion towards each other.

So it’s a proven fact:  Social and Emotional Support increases resilience, increases productivity, increases job retention and most importantly, increases happiness.  So jump on the social support hot air balloon and lift others up while at the same time, lifting yourself up.  You rock!