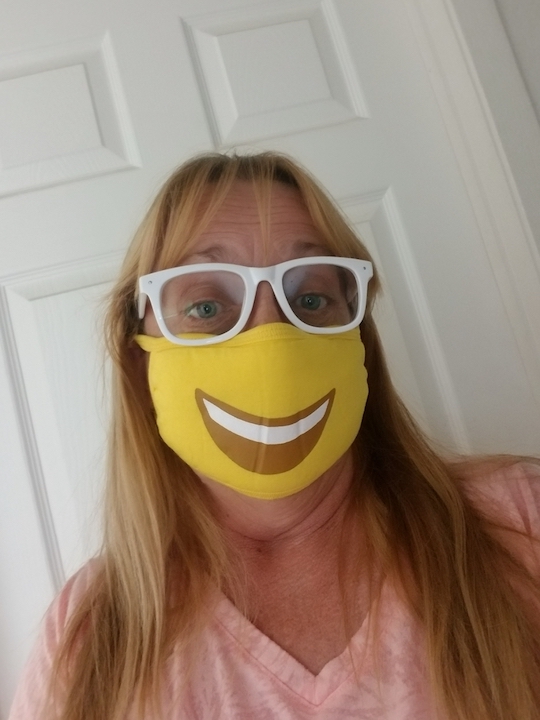 Dolly Babb: A Leader Who Personifies The Business Value of Humanness and Empathy | Live with Brad Montgomery 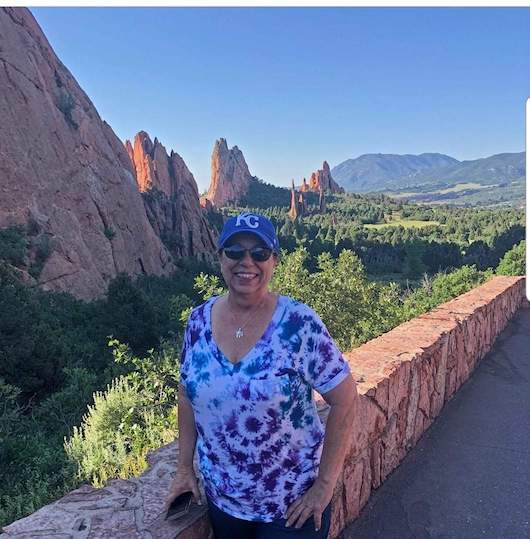 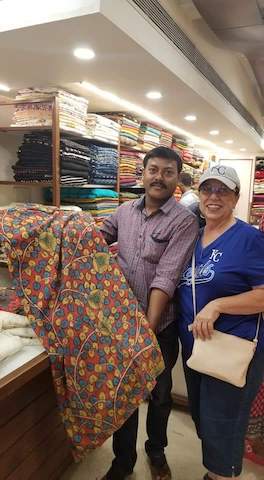 I’m pretty sure I know a unicorn.

Over the past couple of years I’ve had three different conversations with the amazing Dolly Babb. She works for Ericsson as the Director of Delivery for Verizon.  She is the embodiment of the business — and personal! — value of emotional and social support.

Before I get into the details of the how and what she does to be personally supportive of her team members in a way that boosts everybody’s bottom-line performance, let me tell you that she is a proven Rockstar. Not only does senior leadership at Ericsson value and appreciate her, but they have called her out as an outstanding leader.  Need more proof that her methods work?  She won Ericsson’s Ericsson Pinnacle Award of Excellence. (There is no better award;  it’s the highest achievement awarded by Ericsson.)  It’s a big deal. Like winning an Oscar —  Ericsson style!

That last point is a big one.  We derive personal joy and satisfaction by helping others get what they need and want.  Dolly absolutely lit up when she talked about being able to provide social support to her direct reports in a way that help them improve their performance. She’s proud of the fact that she has mentored women by modeling coaching leadership skills and techniques. And perhaps most tellingly, this very successful corporate leader said that investing in others, “Is really fun!”

Let’s talk specifics. What does Dolly Babb do that the rest of us can do too?  I think what it boils down to is to make sure people know that we value them. That we notice them and that they matter.

About social support at work? Dolly says, “You have to motivate people to want to be here. … and a lot of that is just recognition.”

And if you don’t believe in this concept? If you believe that employees should just buckle down and get their work done, and we as leaders are not here to be cheerleaders? What then? Dolly says, “I bet those leaders have a lot of attrition.” Get it?  It might sound like fluff, but Dolly always draws a straight line between empathy, humanness, and recognition to bottom-line measurable business metrics. No wonder she got the Pinnacle Award.

So her “macro” view is that people crave feeling important.  How specifically do we accomplish this?

Because she mentioned this a couple of times in the interview, my guess is that Dolly feels the most important thing is to check in with people. She mentioned calling all of her people and simply letting them know she cares about them. Asking questions like, “How are things going?” “Is there anything I can do to better support you?”

How about another very specific technique that you can steal from Dolly? I’m glad you asked.  Dolly has found that acknowledging your own weaknesses make you strong.  Allow me to explain. She gave the example of admitting to your team when you don’t know an answer.  When you simply say, “I don’t know the answer to that,” you instantly make the people around you that do know the answer feel important.  And encouraging them to teach you further makes them feel as though they matter. And, as we have already discussed, making people feel important increases everything from trust, job satisfaction, employee retention, and performance.    Isn’t it amazing that the secret can be as simple as simply acknowledging when you are ignorant.

“They want to be understood, and they want to speak freely without any backlash.  And that is your job as a leader:  give them that voice and to help them to want to be there and to want to do the work” says Dolly Babb, of Ericsson.

Employee of the Moment.

Dolly fills out these postcards and mails them to her team.  These postcards reward people internally for doing good work in a way that motivates them to do MORE good work.  It’s all about recognizing others even in a very small way.

Dolly tells us that the magnitude of the ATTA BOY doesn’t have to be big. It could be something a small as “Thank-you for running up that report because I didn’t have the time.” Or “Thanks for speaking up in that meeting — I didn’t know what to say.”

Get it?  Be specific and lay on the praise. You might get a nice reaction from the recipient, but mostly you won’t. But you’re allowing your team to bask in the moment and know that they matter — and that you noticed.

Dolly shared a story about one of her direct reports. It was a woman who wasn’t performing at her best and nobody was clear about the reason why. Dolly was able to ask her, as I mentioned above, “How are you really doing?”  Eventually this young woman opened up and told Dolly that she had lost two people in her family due to Covid.  And to make things worse they were back in her home country of India.   And at the time there was no way for people to travel from America to India due to the virus.

Two things happened.  First of all Dolly readily agreed to this young woman’s plan of traveling to the United States East Coast to be with a sister.  “Take all the time you need.”  She was able to be supportive in that tactical way, but she was also able to be supportive by just letting this young woman know that she cared. That she was genuinely sorry for the hardship she was going through. She validated the struggles of this younger employee.

Why did you do this, I asked?  For Dolly the reason is that it is part of her humanity. We as humans need to treat other people with warmth and love and caring, even in the business world.  It’s just what we do.  But I couldn’t help notice that there were some technical business benefits from this demonstration of empathy and warmth. Since that time the woman has earned a promotion. She’s clearly become an even more outstanding employee.  And I’ve got to guess that her trust and loyalty to Dolly must be off the charts. If you want your employees to respond to you, I suggest you take a page out of Dolly’s handbook.  Start first by genuinely caring for your team no matter what.   And then watch the business metrics follow.   Being a hard-ass doesn’t cut it anymore.  People want to work for those who care about them as people, not just as cogs in a machine.

She Could Be a Motivational Speaker

But what’s really impressive about Dolly Babb is that she doesn’t lead with empathy and humanity because it motivates her staff to work harder.  She isn’t that cold-blooded.  She is a constant provider of social and emotional support because she feels that is the route to being the very best version of herself. She is kind because she’s a kind person. And yes, her amazing career has reflected the fact that her tactics make her a ridiculously successful leader. But for her that’s a happy by-product. She’s aware of it. She celebrates it. But she leads with warmth and kindness for their own sake.  And then allows business success to happen.

In case you’re not already infatuated with the amazing leadership skills of Dolly Babb,  I’m about to seal the deal. She told me that she is on the Back 9 of her career. (That’s a golfing metaphor, for you non-golfers—and really, who wants to be a golfer?  JK! JK!)  She’s starting to think about her legacy. Dolly takes tremendous pride in making her organization and its culture better. She likened it to camping where we need to leave our campsites cleaner than when we found it. She wants to make Ericsson and all of the people within it better than when she found it.

Dolly understands the strengths and value of motivating her team to want to be at work and to want to do a good job. Not because of financial rewards. Not because of praise from her leadership.  Dolly wields social and emotional support like a surgeon wields a scalpel. It’s a tool.  But there is not a cynical bone in Dolly’s body. She’s not trying to manipulate her team into doing things they don’t want to do. She just wants to leave everybody — and her organization — able to fulfill their potential of Awesomeness.

I’ll tell you what I told Dolly.   I have never met a leader, especially one from such a well-known and large organization, who has such an innate understanding of the power and use of social and emotional support. I was so constantly impressed during this interview that the words out of Dolly’s mouth based on her experience are completely instep with credible studies from social scientists from leading universities like Cornell, Berkeley, and Harvard. The value of social and emotional support is verified by study after study.  Dolly’s approach to leadership works. Social and emotional support improve performance. It’s about time the rest of the world starts to recognize and act on this proven fact.

Let’s end on a little side note that Dolly offered up.  She is the winner of the most prestigious award her company offers. Her leaders have time and time again praised her approach and encouraged others to follow her example. But amazingly, although Dolly has offered to teach and coach her peers in her very straightforward message for projecting empathy and humanness, to date nobody has taken her up on her offer. Nobody.  Nada.  Zip. Zero.

A more cynical person might say Whiskey Tango Foxtrot!  Why in the heck are they missing this?  But my take on the fact that most leaders worldwide underestimate and dismiss the value of social support is more positive.  I see it as a Competitive Advantage.

If you want to improve  your team, your organization, and yourself in the easiest, fastest and cheapest method you can, make a difference right away and adopt some of the very basic tenets of Dolly Babb.

Dolly knows what the Harvard Business review has written about Social and Emotional support:   it is the key to every measurable education and business outcome. If you’re looking for an advantage for yourself and your career, get behind Dolly Babb!

She is unique. She is special. She seems to have a special magic. She is a unicorn.