You are here: Home1 / Personal Development

Motivational Speaker Brad Montgomery shares tips, ideas and wisdom about getting more out of yourself.

If you write the funniest caption for this photo, you can win a free copy of my book: 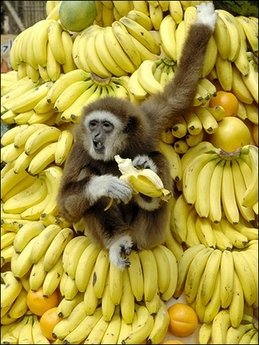 Humor Us: America’s Funniest Humorists On the Power of Laughter

Leave your submission below in the comment field, and if you’re one of the top two chosen submissions, we’ll send you a book. (Humor Me: America’s Funniest Humorists On the Power of Laughter.) (You’ll get the electronic version of the book.)

Here are some caption ideas submitted by other readers to help get your creative juices going. Have fun!

– – All we need are 132 gallons of ice cream, a bucket of chocolate, and 1339 cherries and it’s Banana Splits for the whole neighborhood!

Why is this caption writing relevant to you? Caption writing is a great exercise to loosen up your creativity skills. I’ve done this at the beginning of meetings with a few different photos and the result is a fun, relaxing, team-building exercise. Remember the rules: there is no such thing as a bad caption or idea. Write them all down, and celebrate the VOLUME of captions more than the QUALITY.

Need to kick start a meeting? Try this exercise and see the energy and creativity get a boost even before you start.

Learn more about my work as a motivational keynote speaker here.

Here’s a REALLy funny practical joke that could get you fired.

Humor in the workplace? You can count on it if your from a company I recently worked for in Kentucky.

(I’m gonna leave their name off this post, because this idea is a tiny bit.. er …near the edge, if not way past it.)

Ok, so here’s the story: A guy at this Kentucky company orders a gift for his wife, and in order to keep the gift secret from his bride he had the gift sent to work. Then he forgot it about it, and left for a vacation.)

A few days later the gift arrives at work in a plane brown box. This is where the office practical joke comes in.

One of this guy’s co-workers printed up the sign you see. (I thought it was so funny I took a photo of it.)

THE MAN PUMP
We Help Pump You Up
Self Enlargement Pump

And then it listed an address. 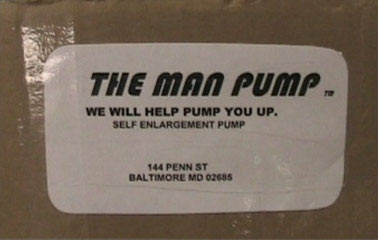 After attaching this home-made label to the box, they passed it around the office, had some laughs, and left it on the guy’s desk for him to find upon his return.

I think for some people ‘d1 and for some offices ‘d1 this would be WAY past the line. In fact, as funny as I thought it was, I’d recommend that you don’t steal this idea, unless you’re eager to look for a new job.

But for this guy, and this company, and at this time, it was a hilarious and creative practical joke for the office. Because of this creative joke, they bumped their morale, shared some laughs, and cemented their “team.”

Looking for some seminars or speaker to come and boost the morale of your team (and you don’t want to get fired doing it?) Click here.

I love victimless, safe practical jokes. And I love playing in the workspace, and on the job. But most of all, I’m a fan of staying employed, and avoiding getting fired.

Good news, fun seekers… you can do all of that and more if you select the right types of practical jokes.

Here is a great way to freak out your friends and family — that can also be safely taken to work.

Secretly put an uncooked piece of pasta in your mouth. Those little “Pasta Elbows” work great for this gag.

Now find somebody close to you (friend, spouse, boyfriend, whatever!) and ask them to help you crack your neck. Explain that you can’t move your neck as you normally can and that you need their help in fixing it. They won’t know what you mean exactly but that’s just fine. Have them stand behind you as you sit in a chair. Direct them to put their hands on your head and help you to GENTLY turn your head.

With their hands on your head and your hands on their hands, slowly turn your head. While you are turning your head, bite down hard on the pasta elbow. They’ll feel the crunch through your skull.
Now you just say, “Thanks! That is so much better!” Freaked out is an understatement.

Want to avoid practical jokes but still need humor in the workplace? Why not bring me in to be your motivational comedian? 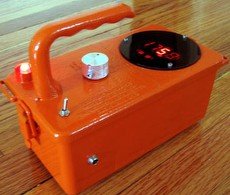 The Suspicious Looking Device is a bright orange box with a countdown timer on the top. If you touch it, it lets out a loud siren and then scoots away on a set of hidden wheels. Its entire purpose is to look suspicious — it has no other function. Link (via Digg)

This thing cracks me up. I love that whoever went to the trouble to invent this goofy thing has a huge sense of humor. Yeah, I know that you could create some real chaos if you put it in an airport or something like that. But wouldn’t it be funny to give one to your wife on Valentines Day? Or to your (much loved) boss on her birthday? Don’t you think it might be funny putting this device on the receptionist’s desk for people to wonder about when the check in for their doctors’ appointment?

Need humor in the workplace and don’t want to freak anybody out? Bring me in do do my motivational speaker humorist keynote…. no suspicious device needed. 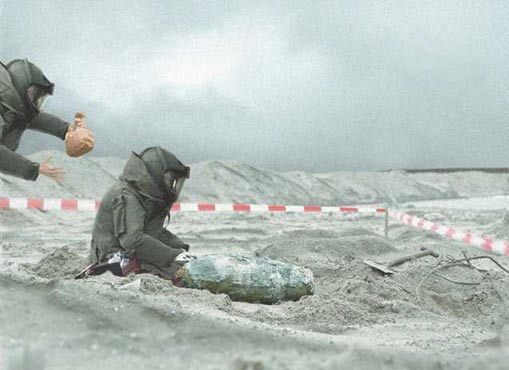 This photo is pretty darn funny — but in case it isn’t obvious, this isn’t the kind of practical joke you ought to do at work.

The key is “victimless.” (And this joke isn’t victimless….but it still cracks me up.)

(Besides, this photo just can’t be real. Can it?)

Check out my humor in the workplace seminars and keynotes here.

Ok, first of all, this has to be a joke. Second, eeeeww… gross! Third, it cracks me up! 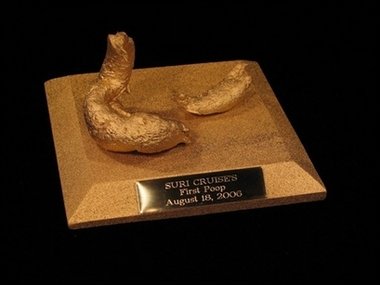 The strikes me as the kind of thing I might do as a joke. I would love to watch the faces of everybody I meet when I show them this bronzed memento. Can you imagine what your mother in law would say? The postman? Best of all, can you image putting on the table in the break-room at work? And then secretly collecting the comments? What a hoot.

It might be a bit pricey, but this type of safe, victimless practical joke just tickles my funny bone.

Learn more about my humor in the workplace keynotes here.

As you may know, on the Las Vegas Strip, there are thousands of little cards everywhere. They are cards with pictures of naked (or nearly naked) women on them advertising their … er…. services. Hey, what can I say? It’s Las Vegas.

So what’s the joke? It came later. Much later. It is (apparently) still happening.

It turns our that my friend hid these cards in my suitcase, in my computer, in every little compartment of my bag, in my shoes, in my paperback novel, in…. everywhere. I found a couple of ’em on the plane on the trip home from Las Vegas — hard to explain to my seat mate… really hard. I found most of the rest of them when I got home and unpacked. It was funny… my wife and I both laughed.

I loved it… I thought it was a victimless practical joke. It wasn’t like a pie in the face. And it wasn’t embarrassing (well, it was on the plane with my Aunt-Bea-like like seat mate, but….)

Gotta go; gotta find the rest of those darn cards.

Learn more about my work as a comedian motivational speaking in Las Vegas (and a zillion other places) here.

Check out this funny photo. I have no idea if it is real or not, but there is no reason why it couldn’t be real. 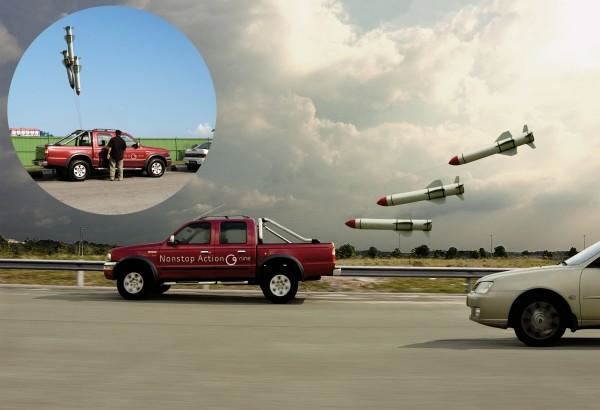 Here’s the idea: you buy some missile-shaped balloons, tie them to your car, and then drive like mad down the highway. It’s funny, and this practical joke is victimeless (which for me is the only good type of practical joke.)

Often we don’t have to look very far to find humor in action. (At least not at my house.)

My wife Kim and I were putting our little kids to sleep. They are afraid of the monsters that might be around, and as I watched from the doorway asked Kim to close the doors to the closet and the bathroom. (Apparently monsters are unable to operate doornobs.)

“Do you want me to look under the bed?” she asked them?

Of course they did. So she bends down to look under the bed and says, “Ok Frank and Larry: they know you are here and they are scared so just stay where you are or you’re gonna freak them out. Ok? Ok.”

My kids eyes got really big REALLY fast. But I cracked up. I mean cracked up.

The kids … probably prompted by me … cracked up too. It was a great end of the day for them.

I loved it and have told the story several times since… including here.

Wanna know the funniest part? Kim doesn’t think she was particularly funny night… and she thinks the fact that I DO think it was hilarious is (further) evidence that I’m a wacko. Which of course, just made it funnier for me. So be it.

My point? You don’t have to hunt far for humor. Just pay attention and you’ll find very funny people who may (or may not) be trying to be hilarious. Without much of a fuss you should be find plenty of humor anywhere you look for it. (Especially if you look under the bed.)