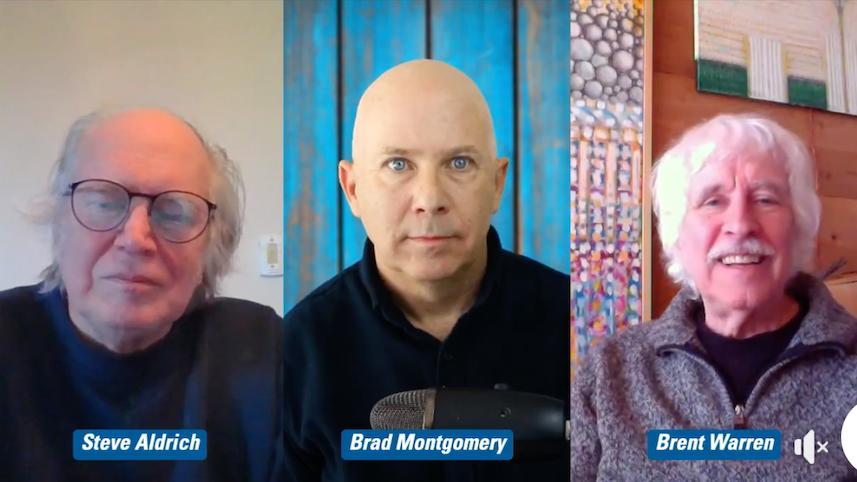 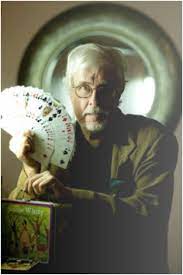 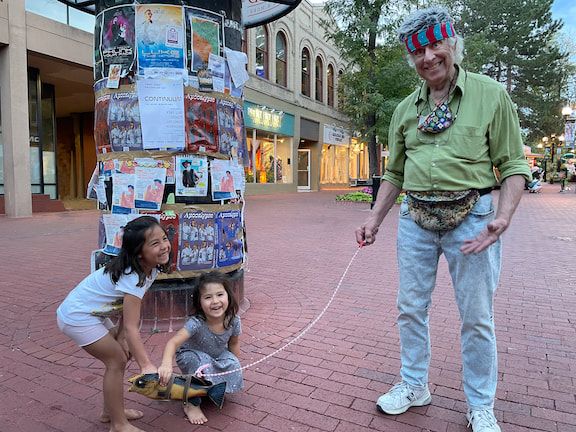 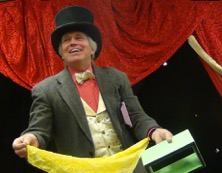 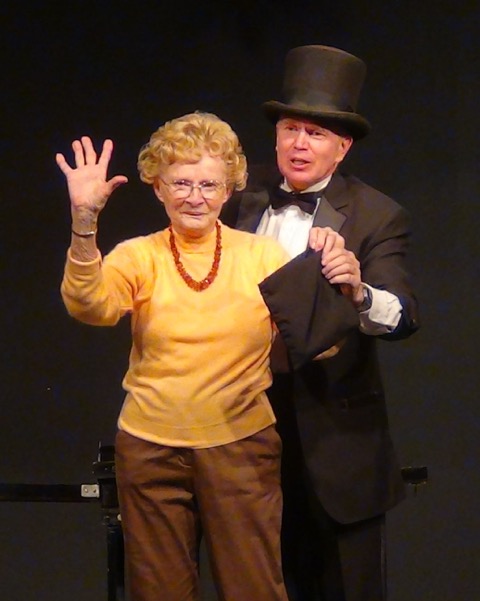 STEVE ALDRICH & BRENT WARREN Were (and are) HUGE in Brad's Life

I’ve been a magician for a long time. A really long time. I started in middle school and never have really stopped.

The first magician I ever saw do a full show in person (if you don’t count some fairly untalented birthday party magicians) was Steve Aldrich. He inspired me to start taking this hobby seriously, to start reading books, and to become a student of both performing and of the art of magic.

It was during college that two things happened. First, I became friends with Steve. Friends might be a big of a stretch: he was a role model and mentor to me. Second, I met the other rock star magician of the Denver magic Scene Brent Warren (who performed as Doc Murdoch.)

Both of them became huge in my life. Remember, this was pre-internet. At that time the only way to see professional magic was to get lucky and catch Doug Henning on TV, or to see Brent and Steve perform. I was a student of magic; I became a student of Steve and Brent.

I was lucky. They were both very kind to me. They were willing to teach and encourage me. And they made me feel like I had enough of “whatever it takes” to become a pro magician too.

Imaging this: 30 years later I asked them to come on my podcast to reminisce, but also to let them know how important they were to me then — and continue to be. They both flattered me by agreeing. And what you’re seeing is that interview.

I hope you watch it. It was a special interview. But a couple of things stood out.

• They have total respect and love for each other. There were time when, for example, Steve said, “Brent has always been outstanding at…” That respect was fun to witness.

•I asked them about creativity. I think for both of them creativity is so innate it’s hard for them to be super introspective of it. I admire this trait more than I can say. Steve and Brent were — and are — creative in a way that is just natural for them. They are creative because…well…they just are.

•At some point they flattered me with praise. I’d be lying if I didn’t tell you that it felt REALLY AWESOME. To have to super heroes you’ve loved and admired praise you? Game over.

Thanks Steve and Brent. You made such a huge positive impact on me, my performance, and my approach to life. You are both absolutely…well… Awesome.

Thanks for saying “yes” to this podcast. I’m grateful!!!

It turns out that RIGHT AFTER I stopped the recording, both Steve and Brent just kept talking!  They were reminiscing about other Colorado magicians, funny tricks they knew, and…well…everything!

So what did I do?  I hit RECORD of course. And I’m glad I did.  If you liked the podcast and more formal interview, and if you want another heaping dose of two very funny magicians, then you’ll love this bonus recording.

A Story That Will Make Your Heart Feel Good