Win a free subscription to my Hooked on Humor audio series simply by posting a caption to the photo below:

Win a copy of Hooked on Humor simply by posting a funny caption.
Winning is easy peasy:
1. Post a caption (and read the others) here on my blog. (Scroll Down!)
2. We’ll have two winners. The author of the funniest caption, and another winner chosen randomly from all entrants. (So if your idea isn’t that funny, post one anyway. Who knows?!)
3. There’s no third one. See? It’s easy.

So what are you waiting for. Scroll down and leave a funny caption to the photo as a comment below.
Looking for a motivational speaker for your event? Contact me here.

A while back (ok, a LONG while back…Hey! I’ve been busy!) I had a caption contest. It was simple, just write the funniest caption to this photo and win a copy of my audio subscription series Hooked on Humor. 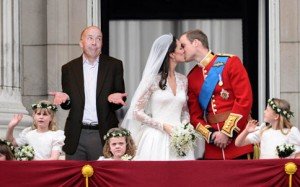 Write a caption: Win a prize.

We had a TON of submissions. The runners up were:

“Why not? The line is shorter than the one for wedding cake.” — John Kinde

And the winner is:

“Come on you guys…I’ve got the engine running!” — Tom Purcell

Read the rest of the entries here at my Caption Contest 2.  (And add more captions!  Who knows?!)

I was recently in Austin Texas — I was hired to be a motivational speaker and emcee for the University of Texas Health System Benefits and Human Resources meeting.

The audience was fun, the audience was amazing, the people were fabulous…. but I’m about to show you is a video of the Congress Street bridge bat colony.

Some of you might know that Austin, Texas has a huge colony of bats….one of the largest in the region.

What’s being a motivational speaker got to seeing a gazillion bats? No clue. But darn, it was fun!

For those of you who prefer to read, here is the transcript:

Oh my gosh, this is crazy. And it’s so cool.

Brad Montgomery from bradmontgomery.com. I’m in Austin, Texas. I’m a motivational speaker and emcee for University of Texas Health Systems HR Benefits Group. I saw the bats. Oh, I’m so glad. I finally saw the bats. I’m over at this bridge, Congress Street. I’ve been here four times with its bat season. Four times in Austin, Texas to see the bats and four times they say, “Oh yeah, they didn’t come out tonight. They usually do, but today we didn’t.” But today, tonight, I saw the bats. Millions, I don’t even know how many bats their are. So cool. And they swirl up and and look like a bat black cloud. It’s very impressive to see them come out of the bridge, but then it’s almost even more impressive to see them up in the air where they swirl like a huge flock of birds, except you realize, no they’re bats and they’re all coming out at exactly the same moment and you hear this little bat squeak. I can’t even make the sound, but it’s really cool. Alright, Brad Montgomery from Texas. I saw the bats! What a good day.